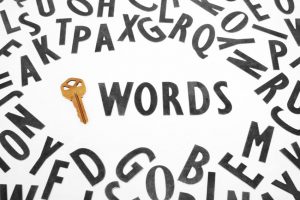 Often times I sit and twirl my fingers for hours thinking about what to write and how to start a writing assignment—we call this “writer’s block.” Writer’s block is every writer’s worst enemy. But what is it that makes it so difficult to start writing? We are too focused on trying to use sophisticated vocabulary in our writing to make it sound more intelligent, powerful and mature. Instead, we need to avoid unnecessary jargon and concentrate on using simple, basic words that will appeal to the target audience. After Donald Trump’s inauguration, there were hundreds of thousands of individuals who marched across cities to share a common message of woman empowerment. However, many of the posters failed to spread this intended message because of a difficulty to understand the words scribed on the posters. Words such as “Intersectionality” and “xenophobia”. Since the goal of Public Relations writing is to garner as much publicity as possible and amplify a message to a particular audience, in this case, it would be significantly more effective to use words that are known and used by all ages of the general public.

It is important to concentrate on using words that are applicable to your entire target audience. If you look at Donald Trump and Hillary Clinton’s campaign slogans, you may be able to recognize a potential reason for why Trump’s slogan stuck with so many more people than Clinton’s did by evaluating the choice of words in each slogan: #ImWithHer and #MakeAmericaGreatAgain. Hillary Clinton’s slogan only applies to the candidate; some might say that they couldn’t agree with or associate with the slogan “#ImWithHer” because they were on the fence, and therefore they weren’t entirely “With Her”. On the other hand, Trump’s slogan applies to a general belief that Americans hold to make their country great again. Choosing the right words matters. To find better words, ask yourself if the words you are using are understandable to your target audience, if they create some sort of emotional bond to your message, and if they can apply to the entire target audience.