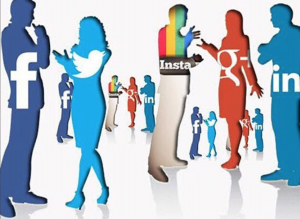 The public relations industry is constantly changing. In this changing world, it is important that as communicators we are always on the lookout for the next great thing that will take the world by storm.  Did you know, according to a study done by the Pew Research Center in 2015, that 65 percent of American adults use social networking sites?

With such a large part of the American population, as well as the global population, being active on social networking sites, as a company is unbelievably important for communication practitioners to reach out to various organizations through these mediums. Back in 2004, there was no such thing as Facebook. Our population was entranced by Myspace and its insane customization skills and businesses never utilized it for advertisement. Now, no one knows what MySpace is, Facebook is worth $387 billion and social networking sites are tools that are expected to be used by businesses. As our technology advances, so will the platforms that can be used on them. Adaptation is so important in our field. Yes, we need to understand what technological platforms are popular amongst the population now, but it is crucial that we stay updated regarding up and coming platforms as well. In public relations, lack of adaptation is truly dangerous.

However, it is also important to understand when certain social networking sites are trending and when they are failing. Based off the status of a social media site or technological platform, more or less time should be focused towards that medium. For example, look at Twitter. Twitter used to be one of the biggest social media platforms that not only the public used, but businesses did as well. Now Twitters stocks is plummeting, and less and less people are engaged on the platform. Yet, so many businesses and organizations are paying money to advertise its products and businesses on this platform. Sadly, this effort may lead to disappointing results. It is important to learn to tell what platforms are worth spending time on and the ones that are not. Learn. Adapt. Think outside of the box.

So, what’s going to be the next thing big thing and will you recognize and utilize its power?